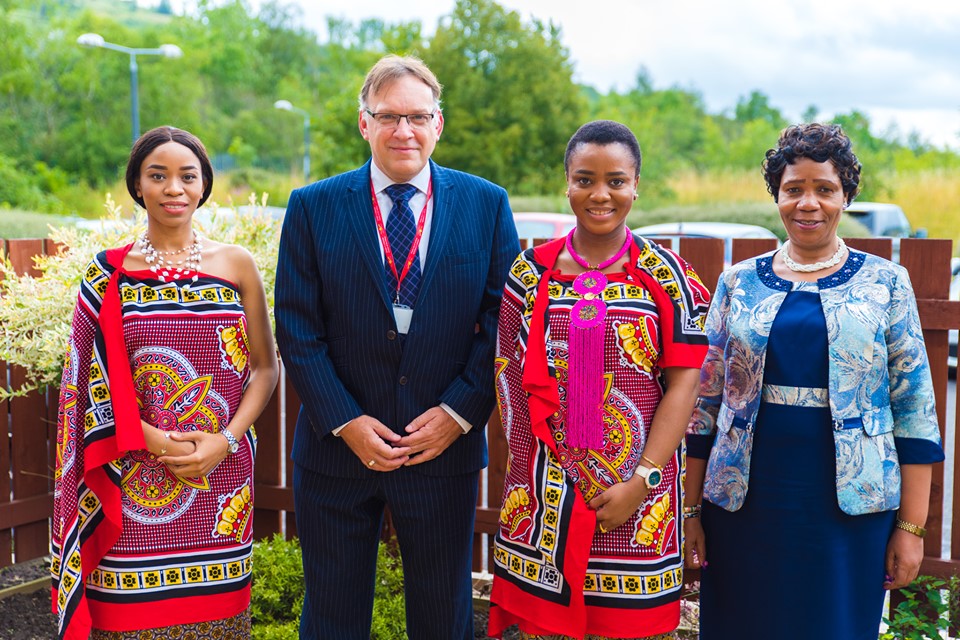 On Wednesday 7th August Hospice of the Valleys were honoured to receive a royal visit from Princess’ Temaswati, Princess Tiyandza and Senior Princess Tsatsisiwe of Eswatini, (formerly known as Swaziland).

The Princess’ were visiting on behalf of the King of Eswatini’s wife, Inkosagati, who is a Patron of Eswatini Hospice at Home.

The two organisations were introduced by Stephanie Wyer, founder of Eswatini Hospice at Home.  Steph founded the Hospice after moving to the country when her husband relocated there with work in 2009.  She has remained a firm friend of the Hospice, visiting often and was the instigator in bringing the two organisations together to share information and knowledge.

The Hospice in Eswatini and Hospice of the Valleys are similar organisations in that we both care for our patients in the community making the connection a fitting one.  Hospice of the Valleys have shared policies and procedures in the past but whilst the Royal Highnesses were visiting with representatives from the Hospice in Eswatini to celebrate Steph’s 80th birthday it was the perfect opportunity for a visit to our base in Ebbw Vale. 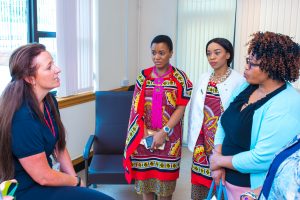 Zodwa Gamedze, Executive Nursig Director and Vusi Ndlela, Hospice Treasurer were among the visitors we greeted back in August.  Everyone was given a warm Welsh welcome with tea, Welsh cakes and bara brith and they had the opportunity to meet with staff and patients before having a guided tour of our offices.

It was a great opportunity to meet those who do similar work to us from a small country in Southern Africa, to discuss the similarities and hear of the challenges they face.

We hope that one day we will be able to do more to support Eswatini Hospice and look forward to meeting again. 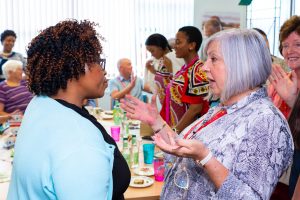 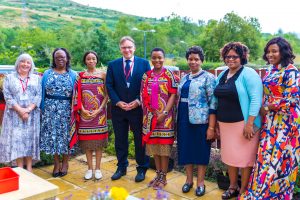