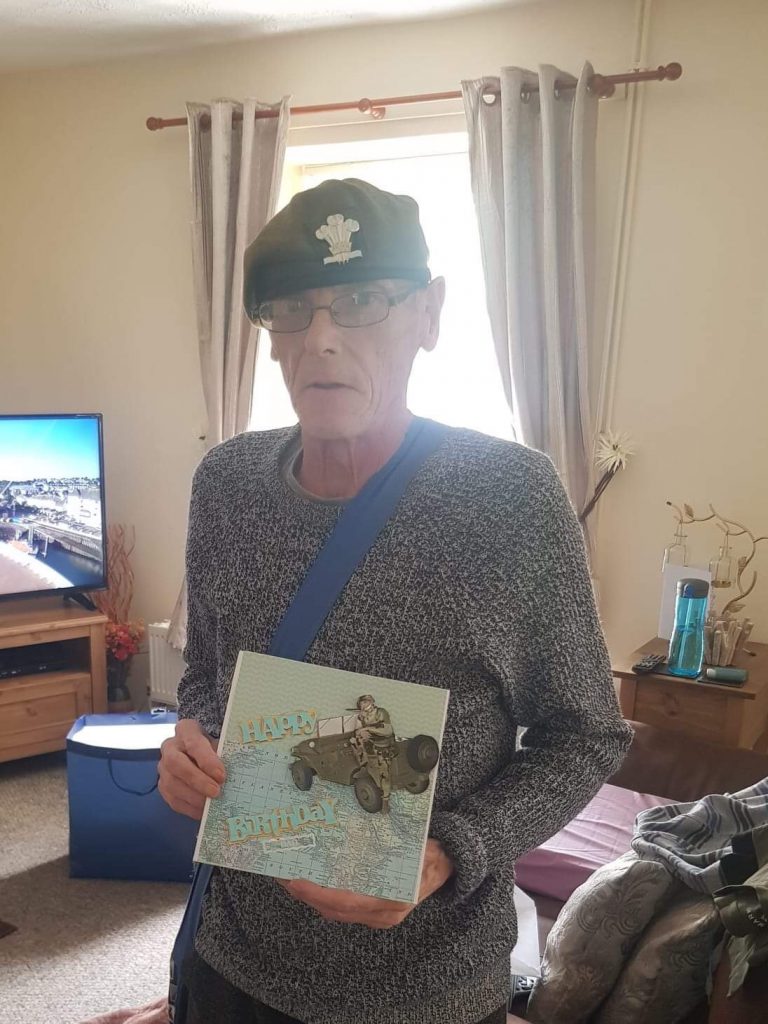 When Alan Harding aged 68 from Abertillery was diagnosed with incurable stomach cancer in April of this year, both he and his family were determined that he would make the most of each day and as a family they would make some precious memories together.

Alan who was born and brought up in Abertillery was reflecting on one particular special memory that he was able to share with his wife Julie, Son, Daughter in Law and Grandchildren.  One of the highlights of his career was serving in the Army in the 60’s for five years as an APC Tank Driver based in Germany and one of his regrets was leaving the Army so soon.

For his birthday in July his son organised a very special birthday surprise.  His card read “The nurses may have stopped you driving your car, but they never said you can’t drive a tank!  Let’s take a step back to your early days.  Put your beret on and enjoy your special day”. 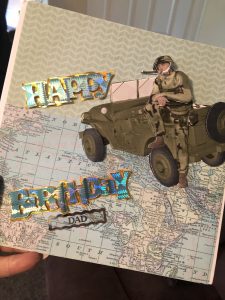 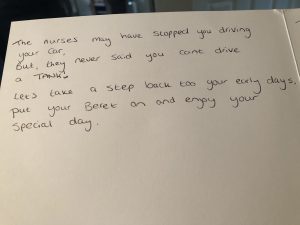 Alan’s son had arranged for them all to go on a Tank Driving Day outside Abergavenny and Julie proudly showed off the photos of the day!  As well as the opportunity to drive a tank with his family as his passengers he also got to strip a gun and reassemble it. 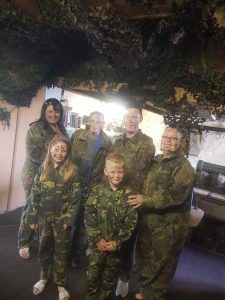 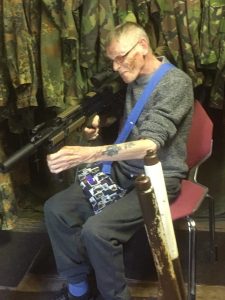 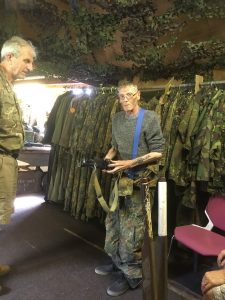 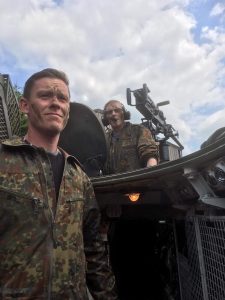 Of course, everyone had to look the part and wore the full camouflage gear and face paint.  It was a very emotional day but it was wonderful!  However, the day did take its toll on Alan who was exhausted for a few days afterwards.

Alan’s philosophy has been if you want to try something just do it and he was determined that he was going to go and enjoy the day “I felt happy when I got back as I achieved what I wanted to do”.

Alan misses the freedom of driving but agreed that he has been much more outgoing since his diagnosis, despite being very unwell and extreme tiredness he has enjoyed family trips to St Fagans, Tenby, and a boat trip around Cardiff Bay.

On receiving his diagnosis Alan was asked if he wanted to be referred to the Hospice.  Julie was already fully aware of the care and support that Hospice of the Valleys offer as we supported both her Mum and Dad.  As well as the clinical nursing care at home that Alan is receiving both he and Julie are having complementary therapy.  Alan especially enjoys reflexology and Julie receives support from the Healthcare Assistant’s.

Alan and Julie told us what the Hospice means to them:

“The Hospice has made a big difference, if you need anything they are there on your doorstep, the nurses are on hand and approachable.   I have always known the Hospice to be loving and caring people, they are all so nice and people in our community speak so highly of them.  We feel that we have got support and that makes us happy”. 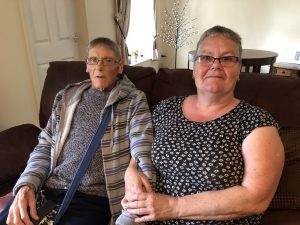